What is meant by spaying or ovariohysterectomy?

Spaying is the common term used to describe the surgical procedure known as an ovariohysterectomy. In this procedure, the ovaries and uterus are removed completely in order to sterilize a female dog. Some veterinarians are now performing an ovariectomy where only the ovaries are removed.

Should I have my dog spayed?

It is generally recommended that all female dogs are spayed There are many health benefits and advantages to spaying your dog and spaying also helps reduce the pet overpopulation crisis; however there is emerging evidence to support delaying the surgery in large breed dogs.

What are the advantages of spaying in the female dog? 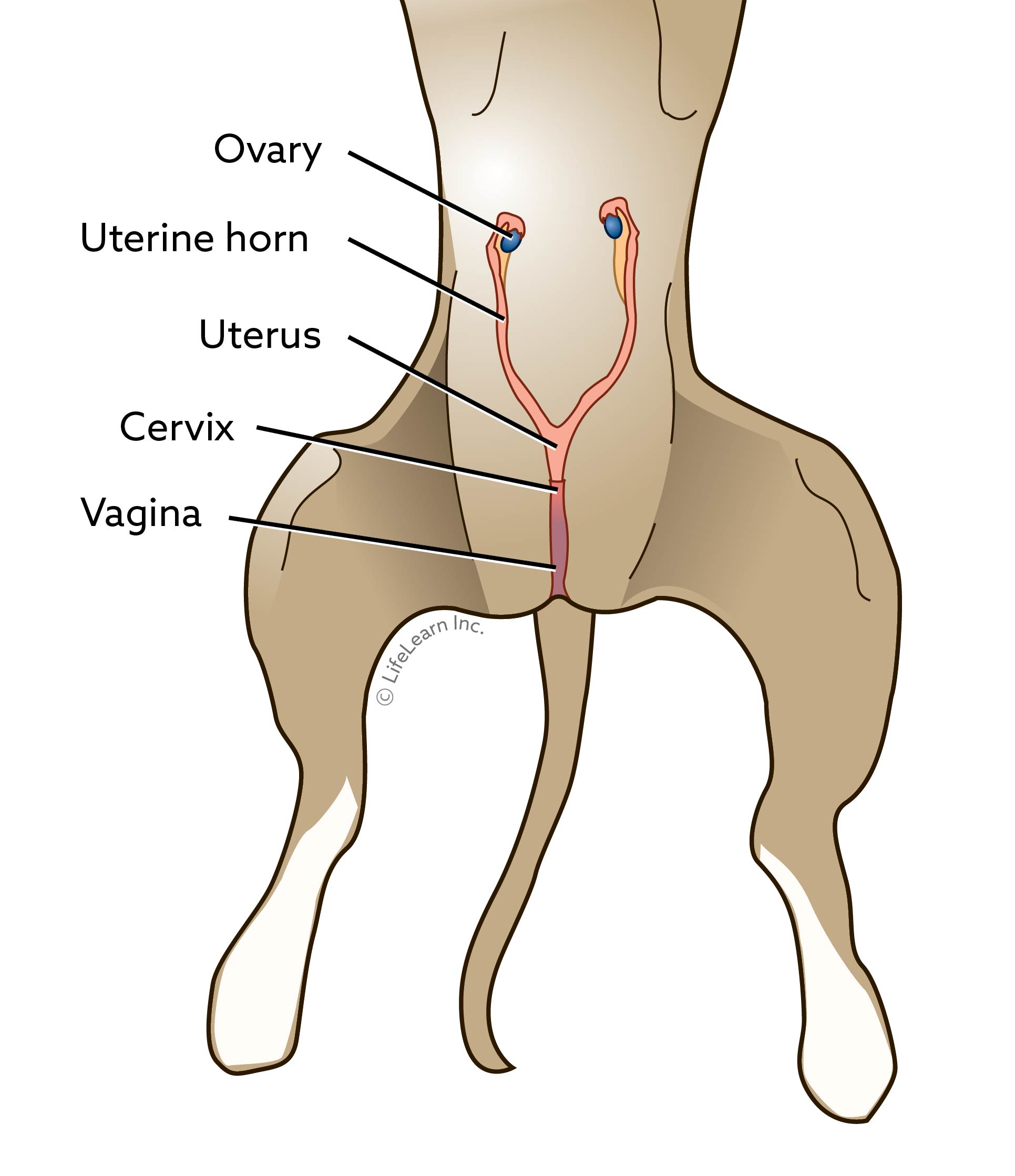 Is spaying performed for any other reason?

The operation may be performed for several medical conditions. These include:

What are the potential disadvantages?

The overall consensus at this time is that spaying will increase the lifespan of a dog. There are some scientific studies that have suggested increased risks of certain health conditions. Despite these studies, spaying is considered to be the best option for the overall health and longevity of your dog. Potential disadvantages include:

Spaying does not cause a change in personality, intelligence, playfulness, or affection.

When should the operation be performed?

There are many different factors to weigh when determining the optimal time to spay a puppy, including health factors, behavioral factors, and your pet's environment. Talk to your veterinarian to determine the best time to spay your pet.

Is there any alternative to surgery?

Not at the present time.

Are there any dangers associated with the operation?

Spaying is considered a major operation and requires general anesthesia. With any anesthetic the risk of serious complications, including death, is always possible. With modern anesthetics and monitoring equipment, the risk of a complication is very low. It has been said that your pet has a greater chance of being injured in a car wreck than having an anesthetic or surgical complication.

What happens when I leave my dog for this procedure?

Your pet will be examined by a veterinarian and pre-anesthetic blood tests will usually be performed. If everything is acceptable, your pet will be anesthetized. Most pets will have an intravenous catheter placed to administer the anesthetic and to provide fluid therapy during the surgery. After your pet is anesthetized, a breathing tube will be placed in her trachea (windpipe). This will allow the delivery of oxygen and gas anesthetic directly into the lungs. The surgery consists of making an incision just below the umbilicus (belly button) and removing both the ovaries and uterus, or just the ovaries depending on your veterinarian’s technique. Many veterinarians use absorbable sutures so that you do not have to return to have them removed.

Are there any post-operative precautions I should take? 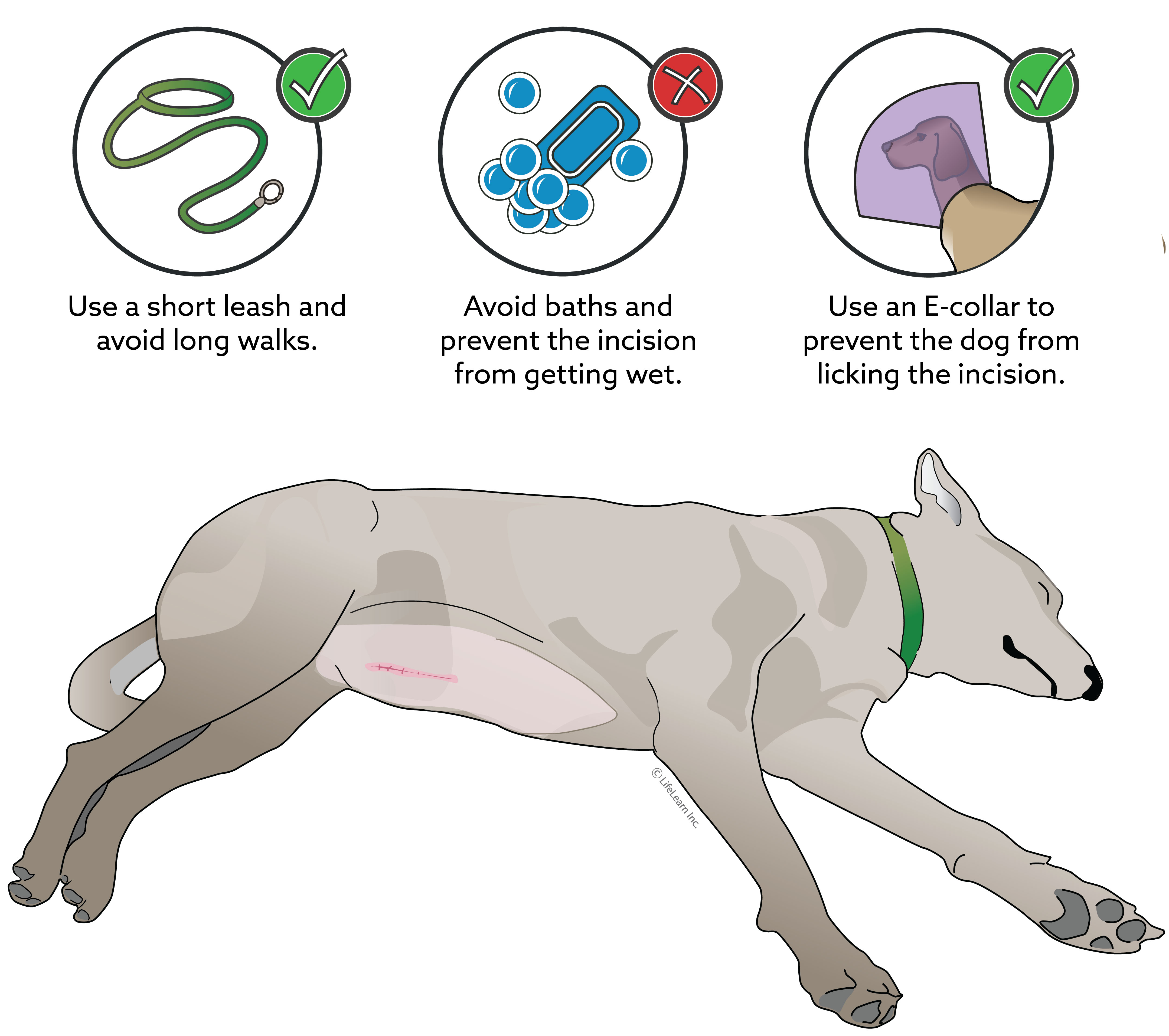 Dogs need to be kept quiet in the post-operative period to encourage healing and help prevent complications. Most dogs can resume normal activity 5-10 days after surgery. Until then, leash walks, lots of rest, and no swimming, bathing, or running is advised. Elizabethan collars (E-collars) or alternatives to the E-collar used to prevent your dog from being able to lick at her incision are often recommended.

I have heard that letting my dog have one litter will calm her down.

There is no scientific evidence that having puppies has any calming psychological effect. This myth has no basis in fact.

© Copyright 2021 LifeLearn Inc. Used and/or modified with permission under license.

View All
Join Our Pet Family! Become a client!